I really don't like wasting my time on trivial tasks, and managing icons in an Android app is one of them. Icons are images and as such, should be properly sized for ldpi, mdpi, hdpi, xhdpi, xxhdpi and put into the right drawable folder of the app. This is extremely annoying when you need to change their color, or size.

That's why, 2 years ago, I made a small lib called Iconify. The main idea was to allow this kind of code.

IconTextView would then replace all the {..} with the appropriate icons in the text. The icons would behave exactly like the text: color, size, and shadow. No matter how big it is, the icon would never get fuzzy. It was based on FontAwesome, and the icon keys (fa-heart-o) came directly from the FontAwesome keys.

You could use icons everywhere, TextView, Button and even ImageView and ToolBar menus (using an IconDrawable).

No more images to deal with!

There are two huge limitations at this point.

Despite these limitations, Iconify became quite popular in the Android community in those two years, with 1300+ stars on Github, despite the fact I wasn't actively maintaining it and some issues were left unanswered. Hopefully Mike Penz offered to become a contributor and maintained it for a while. Then Damien Villeneuve sent a pull request to allow the user to provide their own fonts. This was the motivation I needed for developing a version 2.0 with all the feedback!

Iconify v2 looks the same, but offers much more. 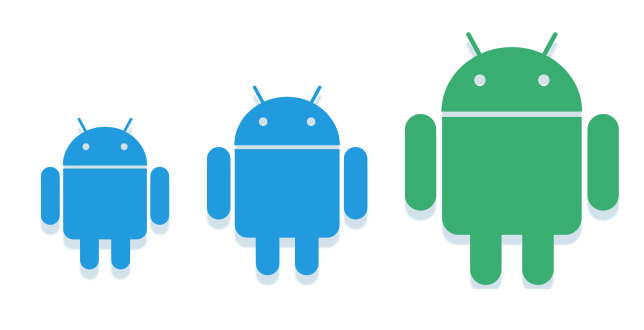 Thank you for reading! Iconify 2 is already ready to use and available through Maven Central, I'm excited to share it with the community and I hope I'll get some interesting feedback to make it even better.

It takes really little time and effort to support a new icon font, so if your favorite one is not in the list, feel free to open an issue.

A few months ago I dropped my Android phone to buy an iPhone SE, mostly because I was looking…

I finally had a chance to use RxJava in a new Android project. Before that, I've read the doc…